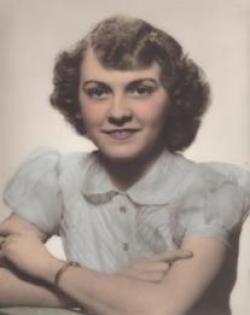 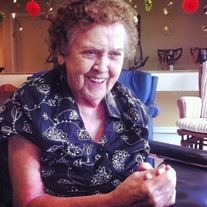 Wife of the late Frederick Leonard Jackson and daughter of the late Arthur G. and Ellen Ruth (Porter) Smith.

Phyllis lived in St. Stephen all her life and enjoyed being a part of her community. Over the years she had a variety of jobs, but worked mainly as a grocery store cashier. She volunteered at school, the local figure skating club and she taught Sunday school. She was a genuine and caring person, who loved people and working with the public. She loved music, gardening and travel.

Above all else, Phyllis's real passion was her family, which she treasured. She was an exemplary wife and mother who always did her best at this, her most important job. She will be so deeply missed by her family.

Predeceased by her infant son, Donald and two sisters, Doris and Helen.

For those who wish, remembrances to the Alzheimers Society, Cancer Society or a charity of choice would be appreciated by the family.