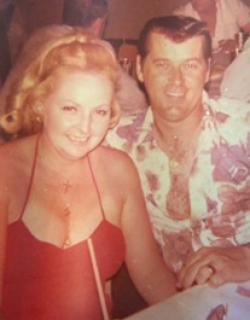 It is with great sadness that we announce the sudden passing of our dear Mary Bernadette Margaret Oatway (Halladay), wife of the late Robert Wilfred Oatway on December 2, 2016 in St. Stephen, NB.

Bernadette spent many years working in Toronto at the Superior Court Of Justice and operating her Transport Company before moving to Nova Scotia and then to New Brunswick.

Together with her husband Bob they settled in St Stephen New Brunswick.

Aunt B will always be remembered for way with children, her love of animals and her special laugh.

She is survived by her sister, Marlene Markovic of Burlington ON. and her brother, George Halliday and his wife Sharon of Elliot Lake ON. She is also survived by her niece, Kimberley Luchycki of Oakville ON and her great nephew, Matthew and great niece, Emily.

Fondly remembered by many family members and friends across Canada.