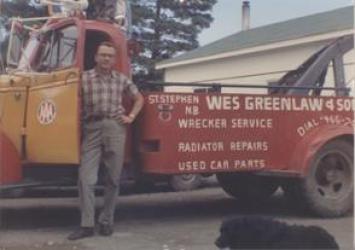 Predeceased by his parents, wife, three sisters, two brothers and son in law.

A graveside service will be held at St. Stephen Rural Cemetery, St. Stephen, NB on Tuesday, December 6, 2016 at 1 PM.

For those who wish, remembrances to the Union Street Atlantic Baptist Church or a charity of one's choice would be appreciated by the family.