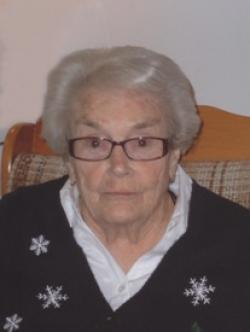 Wife of the late Peter Wilson. Born January 23, 1933, daughter of the late Wallace B. and Louise C. Hyslop.

Resting at The S.O.Mehan and Son Funeral Home Ltd. 23 Main Street, St. Stephen, NB. from where funeral service will be held Friday December 2, 2016 at 1 PM.

Condolences for the family may be sent to www.mehanfuneralhome.ca