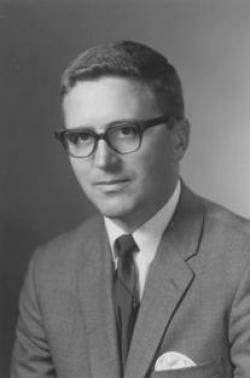 It is with great sadness that Gregory Leland Deering born in Saint John, New Brunswick on June 14, 1934, passed away at the age of 82 on October 21, 2016, after a courageous battle with Alzheimer's.

Greg participated in the accelerated high school program of St. Vincent's High School then attended St. Thomas University on full scholarship. After one year of study Greg was offered a position at Lantic Sugar Limited (Refinery). After working in various management positions he was recruited to build and manage Canada's first tuna cannery outside of St. Andrews and in 1981 was promoted to President of StarKist Tuna in American Samoa, where he retired at age 52.

Greg was very active with sports (golf, hunting, fishing, and curling) and various community services such as President of St. Andrews Kiwanis Club. During retirement Greg and Theresa took the opportunity to relax in warmer climates and golf year-round. Greg was diagnosed with Alzheimer's in 2014 and spent the last 2 years fighting valiantly. His strength and determination during this difficult time have been an inspiration for all who knew him. He will be remembered as a man who didn't flinch from difficult situations and could always be relied upon to help those in need.

The family would like to express sincere appreciation for all who helped with Greg's care.

For those who wish, remembrances to the Alzheimer's Society of NB, Canadian Diabetes Association, Canadian Cancer Society or a charity of donor's choice would be appreciated.