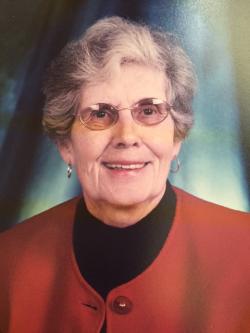 Joan was born on May 12, 1932 in St. Stephen, NB, graduated from St. Stephen High School and attended Horton Academy in Wolfville, NS for a year. She then went on to become a registered nurse, training at the Royal Victoria Hospital in Montreal. Joan worked as an RN at the Charlotte County Hospital in St. Stephen for more than 30 years. After she retired she became a volunteer at Lincourt Manor and served on their Board of Directors for a time. She also volunteered with Hospice of Charlotte County. Joan was a member and strong supporter of Christ Church Anglican Church in St. Stephen, as well as its ACW (Anglican Church Women) group and Bethany. Joan spent her life caring for others and helping people in many ways.

She will be missed by her many friends and former co-workers.

Condolence/sympathy cards may be sent to the funeral home and will be forwarded to the family.