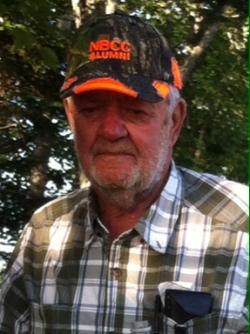 Born in St. Stephen, he was the son of the late Kenneth and Virginia (Moody) Faloon.

After serving in the R.C.A.F. Al moved to Niagara Falls, Ontario, starting a family and a new career becoming a police officer for the City of Niagara Falls. In 1971, Al moved with his family to northern and northwestern Ontario and spent many successful years as owner/operator of hunting and fishing lodges. The woods were a passion close to his heart. Moving back east he spent a few years in Nova Scotia, before settling down in his hometown of St. Stephen. He was always happy to see you at a local store. Al became a familiar face at Friday's outdoor Market, selling a wonderful assortment of woodwork creations, not the least, his lighthouses.

Predeceased by sister in law Marie. Al will be fondly remembered for his friendliness and smile.

A graveside service will be held at a later date.

The family wishes to thank the nurses at Extra Mural and everyone at C.C.H.