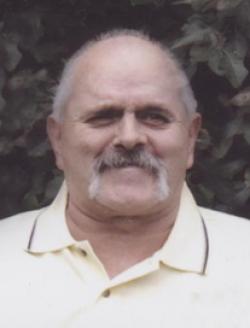 HATT- It is with great sadness that the family of Thomas Brian Hatt announce his passing on June 9, 2016, surrounded by his loving family at his residence after a 25 year battle with rheumatoid arthritis.

Tom worked as a carpenter and was an avid hunter, fisherman and ball player.

Survived by his wife, Bette, two caring sons, Mark (Marina), Troy (Patti), his grandchildren, who he adored; Dawson, Daphney, Drake, Trey, Ayden, brothers and sisters; Bill, Sandra Beck (Frank), Dale, Linda Richards (Maurice), Danny (Priscilla), Bob (Roseanne), Mary Jo Hatt (Doug Haney), several nieces and nephews, also close and by his side, were his many friends who gave him much comfort. He will be sadly missed by his dog, Skye.

For those who wish, remembrances to the Arthritis Society or a charity of one's choice would be appreciated by the family.