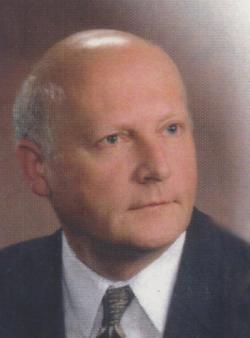 Originally from St. Stephen, Roger started off in his working life as an entrepreneur in the refrigeration business before marrying and moving to Saint John. It was there that he found his true passion in Real-Estate. Roger spent several years in the business before moving to Fredericton. For the remainder of his working career until retirement he spent his time selling real estate in Fredericton and surrounding area. He had a true joy in making peoples dream of home ownership a reality. It was here where he found many business colleagues and also forged personal relationships with many. Although none of these relationships could hold a candle to his relationships with his family.

Roger was a devoted family man and anyone that knew him was sure to get a quick story about one of his grandchildren before they parted. He held nothing more personal than the love of his family. Roger leaves behind to grieve, his soul mate and loving wife, Cheryl, his faithful golden retriever, Jake, son, Michael (Pamela), Bridgewater, NS., grandchildren; Emily, Olivia, Hannah, Sarah & Carter, numerous nieces and nephews, sisters-in-law; Kaye, Dolores and Gail.

Roger was the last remaining member of his immediate family having been pre-deceased by his parents, Melda (Lutwick) and Barton Porter, brothers; Ronald, Arnold and Darryl, sisters, Thelma (Charles), Leona (Arthur) and Shirley (Paul).

For those who wish, remembrances the Heart and Stroke Foundation or to a charity of ones choice would be appreciated by the family.