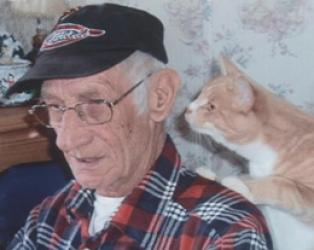 VOUTT- It is with great sadness we announce the peaceful passing of David Charles Voutt, age 89 on May 18, 2016 at his home in Dewolfe, NB.

He was the son of the late Willis and Mildred Voutt, also of Dewolfe, NB. Up until his final days, David enjoyed bowling, golfing, playing cards (Crib), fishing and hunting. He loved to watch sports and was an avid fan of the Blue Jays. Everyone was always welcome in the Voutt home, David loved it when the house was full of family and friends.

He is also survived by his siblings; Borden (Sheila), Frances (late Gerald), John (Linda), Barb and his extended Grand Manan family. In addition to his parents, he was predeceased by his youngest son Orlen, oldest daughter Nancy, son in law, Jimmy, several brothers and sisters.

In keeping with David's wishes, no funeral service or visitation will be held.

Interment will be held at a later date. At the family's request, anyone wishing to make a donation in David's memory, can be done so to a charity of one's choice.