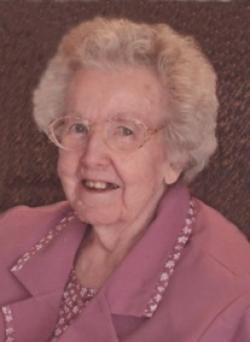 Wife of the late Lawson Haynes Pike. She was born May 5, 1925 in Oak Hill, NB., daughter of the late Robert McCrossin and Harriet Sarah (Trafton) Hastey.

Visiting hours will be held at the funeral home on Friday from 1-3 PM.

For those who wish, remembrances to the St. Stephen Food Bank or a charity of one's choice would be appreciated by the family.