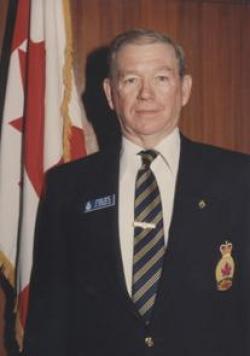 Art was a proud veteran of World War II serving in the Royal Canadian Navy onboard the HMCS Saskatchewan in the North Atlantic. He was past president of the St. Stephen Branch Royal Canadian Legion; a member of Sussex Lodge and was a Luxor Shriner. He was the president and owner of "A.V. White Trucking" from 1967 until his retirement in 1988 providing employment to many people over those years.

The family will receive friends at the funeral home on Tuesday, May 3, 2016 from 2-4 and 7-9 PM. Royal Canadian Legion Branch #9 St. Stephen will conduct a Tribute to A Veteran Service on Tuesday evening at 6:45 PM.