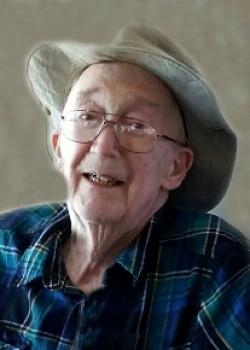 It is with great sadness we announce the peaceful passing of Bernard Fenton McFarlane, Sr., age 76, on April 27, 2016 at the Charlotte County Hospital, St. Stephen, NB.

Born in Elmsville, NB on August 25, 1939, he was the son of the late Raymond and Roberta (Hall) McFarlane.

Bernard was an avid hunter, fisherman and all around sportsman. He had a wonderful sense of humour, loved to tease, laugh and always wanted to know who you were related to. He always had a story or a joke and was beloved by all who met him. He will be greatly missed by his family and his faithful dog, Allie.

In addition to his parents he was predeceased by his sister, Lois Gallant and her husband, Jim; brothers, Guilford McFarlane (Diane) and Cecil McFarlane and his wife, Jane; brother-in-law Bob Hastey and, sister-in-law, Dolly McVay (Arthur).

Visiting will be held at Union Street Atlantic Baptist Church, 28 Main Street, St. Stephen, NB on Saturday, April 30, 2016 from 1- 2 PM with a memorial service to follow and reception immediately after in the Church hall.

At Bernard's request, his body has been donated to Dalhousie University and interment will be at a later date.

At the family's request, anyone wishing to make a donation in Bernard's memory can be done so to the charity of one's choice.