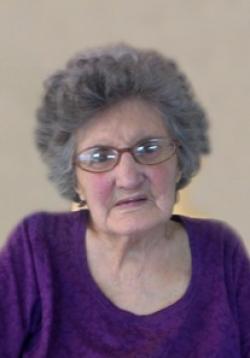 Wife of the late Phillippe Joseph Bastarache and daughter of the late Thaddee And Julie (Cormier) Bourgeois.

Predeceased by one sister.