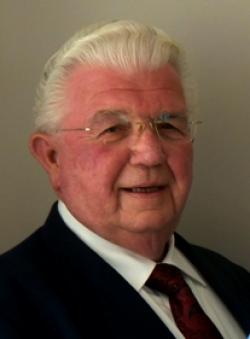 He was President and Owner/Manager of The S.O. Mehan & Son Funeral Home in St. Stephen, NB. In 1974, Alward purchased the business, eighty years after it was started by his great grandfather S. O. Mehan, making him a fourth generation family owner. He was a registered embalmer and funeral director for the province of New Brunswick since 1965 and was a past president of the NB Funeral Directors and Embalmers Association.

He was active in the community and was a member of St. Stephen Branch Royal Canadian Legion, Past president and member of Lincourt Manor Board in St. Stephen, Member of Board of Directors for Home Support Service in St. Stephen, twice Past Chancellor Knights of Pythias Lodge in St. Stephen, St. Stephen Chamber of Commerce on boards in the community, President of the Rotary Club St. Stephen-Milltown, and twice awarded the Paul Harris Fellow. Alward began his Masonic career in St. Stephen and was a Past Master of that lodge. He was also a member of many Masonic affiliations in New Brunswick and Maine. He was a member of Luxor Shriners in Saint John NB., holding the position of Recorder from 1988-1991 and 2006-2016. He was an Imperial Marshal's Aide and a member of many Shrine Associations in Canada and the United States. He was honoured in 2014 by his Excellency Most Honourable Governor General of Canada with the Caring Canadian Award.

At Alward's request there will be no funeral service held.

For those who wish, remembrances to Luxor Shriners, Charlotte County SPCA or a charity of one's choice would be appreciated by the family.