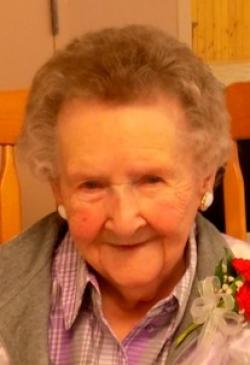 Wife of the late Grant Robert Libby and daughter of the late Edward Ellsworth and Lyda Mabel (Smith) Southard.

For those who wish, remembrances to Lincourt Resident Council, St. Stephen Volunteer Centre or a charity of one's choice would be appreciated by the family.