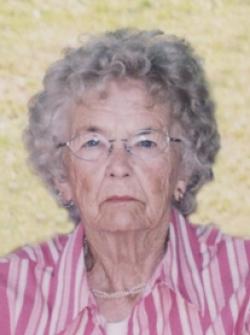 Wife of the late Myles Edward Logan and daughter of the late Bernard and Hilda (Getchell) Libby.

Predeceased by her husband, one son, Sheridan Logan, one sister, Frances Christie.

Funeral service will be held at the Rolling Dam United Church, Rolling Dam, NB on Monday, November 30, 2015 at 2 PM.

For those who wish, remembrances to the Heart and Stroke Foundation , SPCA or a charity of one`s choice would be appreciated by the family.

Condolences may be sent to the family online at wwwmehanfuneralhome.ca