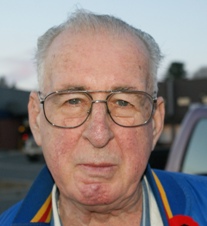 Predeceased by one brother, Bob Montgomery.

Visiting hours will be held at the funeral home on Sunday, November 15, 2014 from 2-4 and 7-9 PM. Royal Canadian Legion Branch # 9 will hold a Tribute to a Veteran Service on Sunday evening at 6:45 PM.