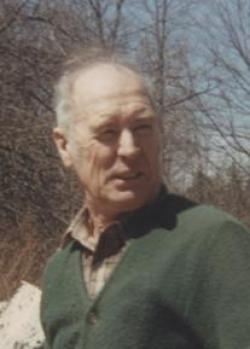 Clifford Arthur McKnight passed away quietly in his sleep on October 28th at the Charlotte County Hospital.

Born on January 28th, 1924 on St. David Ridge, the son of Arthur and Marguerite (nee Richardson) McKnight, Clifford was predeceased by both his parents and his first wife, Lila Maida (nee Murphy) McKnight.

Clifford began his working life as a farmer, then worked at the Milltown Cotton Mill for many years. He was a self-employed trucker and a contract school bus driver before landing a permanent position with School District 23 as a bus driver, a position he held for 30 years until he retired. His family called him a ""Jack of all Trades"" since he could solve most problems, fix most anything and build what he needed such as his tractor and wood splitter. Clifford enjoyed people and remained an optimist to the end. His home was the center of his life. He was a natural story teller and would regale family and friends with his tales. He enjoyed gardening, nature, animals, bowling, dancing, cards and winters in Florida, and in his later years he enjoyed drives throughout the county with Mary by his side.

Clifford received exceptional care from Home Support and Extra Mural Nurses while still at home, and from all his attending nurses and doctors when he was admitted to Charlotte County Hospital.

Family will receive friends at the funeral home on Saturday from 1-2 PM.

Interment at St. David Ridge Cemetery, St. David Ridge, NB. In lieu of flowers, a donation to the Charlotte County Cancer Fund or a charity of one's choice would be appreciated by the family.