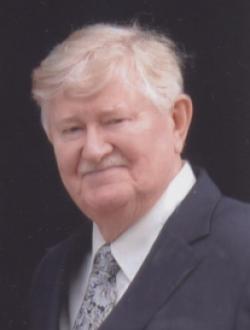 John, Dad, Grampy, GoGo, Jack. After an early Thanksgiving weekend of love and laughter with family, the man we all loved so much quietly passed away at home in Bocabec, New Brunswick.

Born in Ridgeway, Ontario in 1926, Jack studied architecture at the University of Manitoba from where he graduated in 1950. Later in 1950 he met Anne Harrington while she was attending the University of Toronto and followed her home to New Brunswick where they married and raised their four children, Pam, Bryan, Margo and Jacquie in Saint John. He built a successful architectural practice there. Many of his buildings are still visible throughout New Brunswick. In 1975 he was awarded a Fellowship from the Royal Architectural Institute of Canada. He gave actively to his community through the Saint John Board of Trade, the Y's Mens' Club, the Saint John Boys and Girls Club and community churches. He was a man of many interests. He loved to travel and he and Anne saw much of the world. For their 60th wedding anniversary they circled the globe for a second time. He loved big band music and opera (he sang with an amateur opera company) and couldn't help but whistle along with the radio. He could also"cut a rug"with the best of them.

In his later years, he and Anne moved into the former summer cottage in Bocabec that they had so lovingly turned into a year round home. Overlooking Passamaquoddy Bay, it has for many years been the place he and Anne gathered loved ones to celebrate family and life. It's also where he had the work shop where he spent many, many happy days. He had a wonderful sense of humour and loved to tease, always with a twinkle in his eye. But what he loved most was family, which included 15 grandchildren and eight great grandchildren. He lived life fully, with vigor. He set a wonderful example for us all. We will miss him ... every day

We will celebrate his life with a service for family and friends at The Saint John the Baptist Chapel of Ease (the little rose coloured stone church) , 4691 Route 127, Chamcook, N.B. on Friday October 9 at 2 pm.

In lieu of flowers donations can be made to The New Saint Andrews Community Hall through the Anglican Parish of St. Andrews, 77 King Street, Saint Andrews, NB, E5B 1X7.

Condolences may be sent the family online at www.mehanfuneralhome.ca