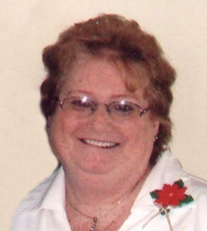 Daughter of the late Donald and Bessie Rhodena (Johnston) Rigby.

Resting at The S. O. Mehan & Son Funeral Home Ltd., from where the funeral service will be held on Wednesday, September 9, 2015 at 2 PM.

For those who wish, remembrances to the Heart and Stroke Foundation, The Lung Association or a charity of one's choice would be appreciated by the family.