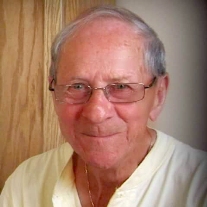 Laurie was a veteran of the Canadian Army, serving with the Royal Canadian Engineers for 19 years, attaining the rank of Sergeant before retiring in 1973.