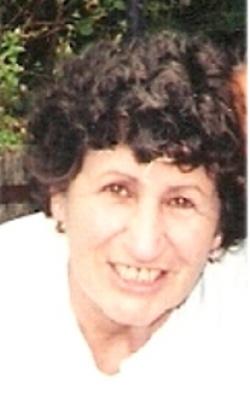 She was born August 18, 1943 in London, Ontario and was the eldest child of John and Erla O'Farrell.

Maureen married the love of her life, Garry Christie on February 6, 1965. She was a devoted wife, a loving mother and proud grandmother. Maureen devoted her life to caring for and nurturing others in many different ways and will forever be remembered for her selfless acts of kindness. She touched many lives in many different ways and anyone fortunate enough to make her acquaintance was better for it. She loved gardening and found joy in everything around her . Time spent with family and friends at Kerr Lake were some of her happiest moments. She lived, she loved, she laughed.

She was predeceased by her parents, her father-in-law, Charles U. Christie and her mother-in-law, Dorothy L. Christie.

She is survived by her husband of 50 years, Garry G. Christie, her daughters, Terri (Phil) Richardson and Tina (Skeet) Seelye, her grandchildren Jesse (Isabel) Christie, Naomi Richardson, Derian Richardson, Emma Seelye, Nick Seelye and Chad (Lee) Seelye, her brother John (Sue) O'Farrell and sister, Susan Gibson and their families. She will also be greatly missed by her canine companion, Willie.

A memorial service will be held at the Anglican Parish of St, Stephen, Prince William Street, St. St Stephen, NB on Saturday, August 22, 2015 at 11:00 am with a reception to follow afterwards.

Anyone wishing to make a donation in Maureen's memory can do so to the Charlotte County Cancer Society or a charity of one's choice.