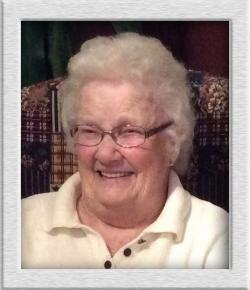 Wife of the late Robert McKay Bell and daughter of the late Allen Timothy and Margaret Emily (Sullivan) McPherson.

Mass of Christian Burial will be celebrated at St. Stephen's Roman Catholic Church, Milltown Blvd., St Stephen, NB on Saturday, June 20, 2015 at 11 AM.