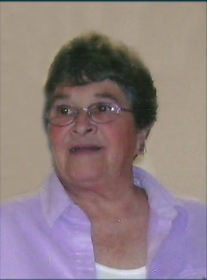 Predeceased by her parents, two brothers, Wendell and Layton Russell, one sister, Pauline Gullison. Nan's greatest joys were her grandchildren and her pets and most recently arriving into the family her namesake Maddyx Rose. She will be greatly missed by her family.

By request, there will be no funeral service or visitation held.

For those who wish, remembrances to the Charlotte County Cancer Society or charity of one's choice.