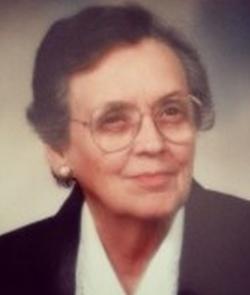 It is with sadness, but tremendous love and gratitude for her life, that we announce the passing of Catherine Ruth Spicer on March 13, 2015.

Left to mourn are her children, Linda Spicer MacFawn MacDonald and John Spicer (Anne), both of Calgary, and her grandchildren, Jen Spicer of Panama and Matthew MacDonald of Calgary.

She was educated at the University of New Brunswick, Fredericton and, in 1975, completed her degree in Canadian Studies at Glendon College, York University, Toronto, ON. From her beginnings in Joggins, NS, to the culmination of her life in Charlotte County, NB, she developed a wealth of close friendships and network of colleagues throughout Canada, through her many personal interests, volunteer commitments and her work. As an author, curator, historian and speaker, her deep appreciation for, and love of, history was acknowledged when she was a recipient of the Award of Merit from the Association Museums NB. She became a particular authority on Charlotte, York and Sunbury Counties in NB, and Pictou County in NS, and generously shared her research and knowledge with all who shared this interest. Additionally, the largest resource of pre-1950 Canadian cookbooks in NB is the Ruth Spicer Cookbook Collection at King's Landing Historical Settlement. A broad range personal interests and volunteer commitments were reflected in her participation in numerous groups -- from church and youth groups, to the arts, to a gourmet cooking club to ensuring the building of a public swimming pool in Queen's Square in Fredericton, and many, many more. She contributed much to the communities in which she lived and worked, and will be missed by all who knew her.

A memorial service will be held at 2 PM on Tuesday, July 14, 2015 at the Wesley United Church in St. Andrews by-the-Sea, NB.