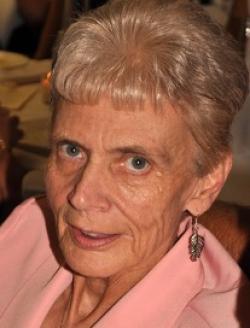 Wife of Murray Leonard Weeks and daughter of the late Lawson Osborne and Betty (Johnson) Murray.

A graveside service will be held at the Oak Bay Cemetery, Oak Bay, NB in the spring.