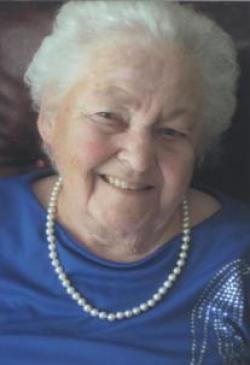 She was the wife of the late Vincent Edison Doherty and a daughter of the late George Dewey and Jennie Mae (Walch) Ketch.

Mina was the last surviving member of her immediate family.

Mina was predeceased by two sons, Earl and James.

Resting at St George's Anglican Church, 56 Rockland Drive, McAdam, NB from where the funeral service will be held on Friday, March 6, 2015 at 2 PM.