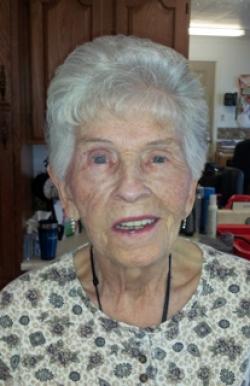 Wife of the late John"Jack" H. McIntyre and daughter of the late Granville and Catherine (Russell) Scott.

Predeceased by one daughter, Catherine Paxson Boles, three sisters and one half brother.

Mass of Christian Burial will be celebrated at St Stephen's Roman Catholic Church, Milltown Blvd., St Stephen, NB on Friday, February 13, 2015 at 10 AM.

By request, there will be no visitation. For those who wish, remembrances to Shriners Hospital for Children, Charlotte County Hospital or a charity of one's choice would be appreciated by the family.