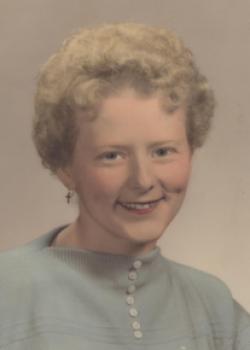 YOUNG- Judy Young, passed away peacefully surrounded by her family at the Passamaquoddy Lodge in St. Andrews, NB on January 12, 2015.

Daughter of the late James Judson and Frances (Lee) Kinney.

By request, there will be no visitation held.

In lieu of flowers, the family requests donations be made to the Charlotte County Cancer Society or a charity of one's choice.