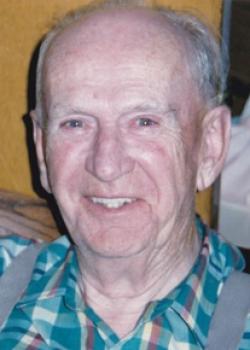 Husband of the late Doris L. (Orr) Gillis and son of the late John Alexander and Mary (MacNeil) Gillis.

Predeceased by one daughter, Michaelena , one son, Gerry, two sisters and two brothers.

Mass of Christian Burial will be celebrated at the St Stephen's Roman Catholic Church, Milltown Blvd., St Stephen, NB on Friday, December 12, 2014 at 11 AM.

Interment in Milltown Catholic Cemetery at a later date.