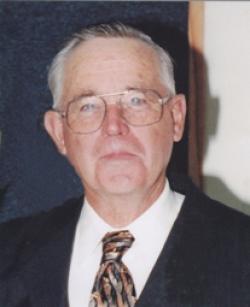 Husband of Margaret (Hyslop) MacLeod and son of the late Daniel and Emma (Trundle) MacLeod.

As a farmer, Arnold, gave more than just the fruits of his labour, he drove the school bus, served in the Army Reserves, and shared his leadership skills with 4-H, NB Jersey Club, NB Egg Marketing Board, Canadian Egg Marketing, Masonic Lodge, Order of Eastern Star and many other local community organizations. He was a member of the Tower Hill United Church.

For those who wish, remembrances to Charlotte County Shriners Transportation Fund, Tower Hill Hall or a charity of one's choice would be appreciated by the family.