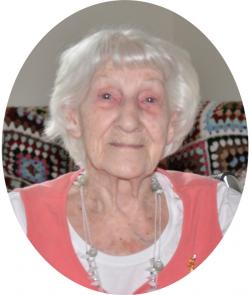 Wife of the late Merle Robert Johnson and daughter of the late George and Maude (Trynor) Young.

A graveside service will be held at the Rolling Dam United Cemetery, Rolling Dam, NB. on Monday, November 24, 2014 at 1 PM.