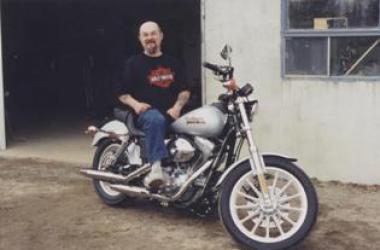 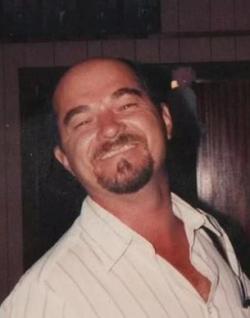 Ron participated fully in the party of life. He will be remembered as a loving husband, father, grandfather, brother, uncle and friend. His abilities to talk to anybody and fix anything allowed him to positively impact many lives. Educated by life he was a mechanic, crane operator, truck driver, carpenter, electrician, plumber-"jack of all trades". He was the trusted driver for every trip out West with friends and the cheer when he won the first Harley draw in 2000 was a testament to the high regard in which he was held.

Ron passed peacefully at home after a family gathering with his lifemate, Leslie and sisters, Debbie and Shelli at his side.

He was predeceased by his parents, brothers; Leigh, Ray and Eddie, sister Faye and nephews, Steven and Ronnie.

A memorial service will be held at the New Life Christian Assembly, 8975 Route 3, Old Ridge, NB on Saturday, November 15, 2014 at 11 AM. Reception to follow in the church hall.

Family and friends are invited to attend a celebration of his life after the reception at Ron and Leslie's home.

For those who wish, remembrances to the Lynnfield Cemetery, Charlotte County Cancer, Extra Mural or a charity of one's choice would be appreciated by the family.