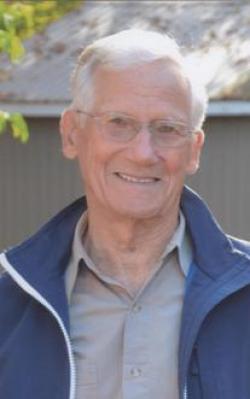 NASON- The family of Ronald (Ron) Aldelbert Nason of McAdam, NB, announce his departure at the age of 87 to fish the Great Sky River with his late brothers Roy and Bud, and parents Fred and Rae.

Survived by his wife of 66 years, Myrna; sons; Hank (Dianne), Wade and Curt (Sharon), daughter Crystal Smith (Bruce), brother; Bob (Karen); grandchildren; Teri Soontiens (Troy), April (Nick Seaboyer), Derek (Chelsea Seale), Sacha and Sarah (Devon Martell) Smith; and great-grandchildren Evah and Connor Soontiens. We all wish him eternal sunshine and feisty fish. Ron was a quiet man, a leader by example; a handyman with a strong work ethic and a penchant for perfection. After several years of employment with Cooks' store, he began work with CP Rail and retired in 1986 after 34 years. He enjoyed hunting, fishing, fiddleheading and reading, and served terms as president of the McAdam Curling Club and the Credit Union. Ron maintained great health and fitness through walking (for which he was distinguished by his perfect posture) and generally being active.

No funeral is planned as per his wish.

His ashes will patiently await those of his loving wife so they may be buried together.

Donations to the SPCA or the charity of one's choice are appreciated.