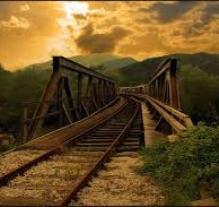 Born in Beechwood, NB, he is the son of the late Ludlow and Harriett Smith.

He was employed by Canadian Pacific Railroad as a Section Foreman, retiring after forty-five years in the industry.

John was predeceased by his brother, Wallace Smith.

John had many hobbies which he enjoyed very much, such as gardening, hunting, fishing, and being in the great outdoors. He also was an avid reader of History, Geography, and Westerns.

By John's request there will be no visitation or service.

In lieu of flowers, friends and family are invited to donate to a charity of their choice in John's memory.