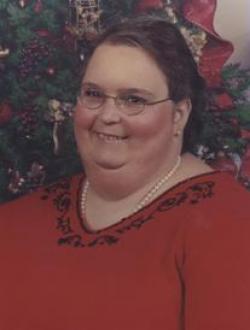 Predeceased by her brother, Michael.

Interment will be held on Tuesday, September 2, 2014 at the St. Stephen Rural Cemetery, St Stephen, NB at 11 AM.

For those who wish, remembrances to the Kidney Foundation or a charity of one's choice would be appreciated by the family.