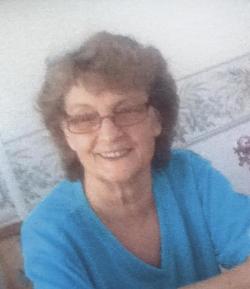 Wife of the late Paul I. Cloney and daughter of the late Herbert Watson Leslie Sr. and Thelma Desilva (Hooper) Leslie.

Predeceased by one brother, Herbert Leslie.

Interment at the Upper Mills Cemetery, Upper Mills, NB For those who wish, remembrances to the Charlotte County Cancer Society , Heart and Stroke Foundation or a charity of one's choice would be appreciated by the family.