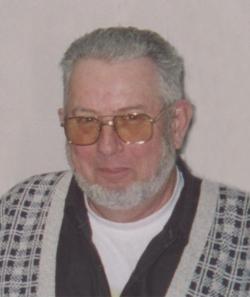 Arnold was born in St Stephen NB, July 22, 1947, son of the late William Alexander and Evelyn Roberta (Larmer) and was the last surviving member of his family.

Arnold retired in 2011 after 34 years with the Flakeboard Company. He was a volunteer firefighter with the St Stephen Fire Department as well as the Elmsville Fire Department where he was their fire truck driver.

Family and friends are invited to a celebration of Arnold's life at the St Stephen Royal Canadian Legion, 43 Queen Street W, St Stephen, NB on Sunday, August 24, 2014 from 4-7 PM.

In lieu of flowers, remembrances to the Charlotte County Cancer Society or a charity of one's choice would be appreciated by the family.