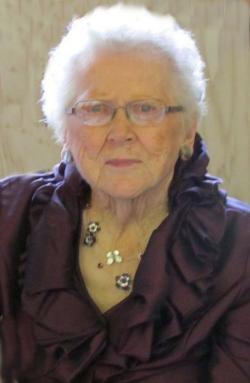 Along with her parents, she was predeceased by her brothers, Maurice Carr, Kenneth Carr and sister, Annie (Carr) Ingalls.

A graveside service will be held at the Brockway Union Cemetery, Brockway, NB, on Saturday, May 17, 2014 at 11 AM.