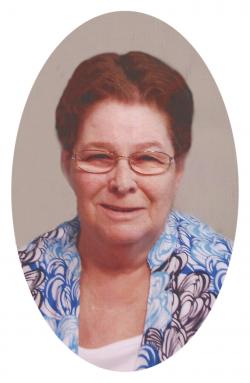 Born December 20, 1943, she was the daughter of the late George and Florence (Shaw) Enman.

Resting at the Voice of Pentecost, Harvey Road, McAdam, N.B. from where the funeral service will be held on Saturday, April 12, 2014 at 2 PM.

Interment at Rockland Cemetery, at a later date.

For those who wish, remembrances to the Voice of Pentecost Foreign Missions or a charity of one's choice would be appreciated by the family.