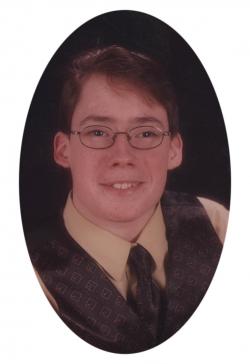 Visiting hours will be held at the funeral home on Thursday, March 27 from 2-4 and 7-9 PM.

Interment at Baillie Cemetery, Baillie, N.B., at a later date.

For those who wish, remembrances to Spina Bifida Assoc., Shriners or a charity of one's choice would be appreciated by the family.