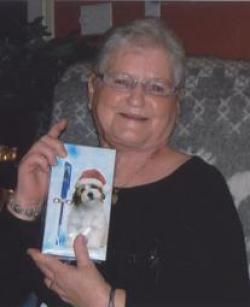 Wife of Richmond H. Trafton and a daughter of the late Horace Willard and Annie Florence (Dyment) MacLean.

She was predeceased by her parents, Nana, and four brothers; Leigh, Edward, Ray and David.

For those who wish, remembrances to the Charlotte County Cancer Society or Lynnfield Cemetery would be appreciated by the family.