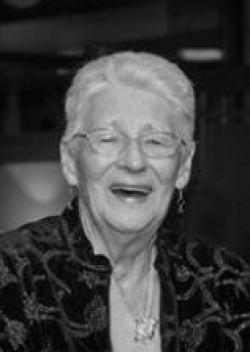 Married to the late R. Lawrence Bright of McAdam and the eldest child of the late Andrew and Alice Mae (Walsh) McEwen of Ferry Road, New Brunswick.

The last surviving member of her immediate family, Isabel was predeceased by her husband of 50 years in 1995, parents and brothers, Kimball, Douglas and Ralph McEwen.

Isabel was a devoted teacher in McAdam schools for 28 years, retiring in 1983. She was a faithful member of St. Paul's United Church, McAdam for 65 years, singing in the choir and being an active member of the UCW. She was a long standing member of the Rebekah Lodge for 70 years. She delighted in playing cards (45's), always overbidding her hand and setting her partner. She also had a passion for gardening and flowers and was often seen walking around the village of McAdam on her daily 2 mile walk.

Interment at Rockland Cemetery, McAdam, N.B. For those who wish, remembrances to St. Paul's United Church or a charity of one's choice would be appreciated by the family.