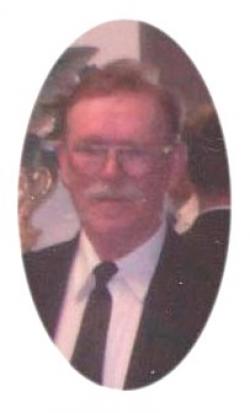 Husband of Laura Eva (Dow) Kirk-Oliver and son of the late John Henry and Elsie (McArthur) Oliver. His love will forever be in our hearts.

Predeceased by her sisters, Linda and Bonnie, and brother Gary.

Resting at The S.O. Mehan & Son Funeral Home, 23 Main Street, St. Stephen, N.B. from where the funeral service will be held on Wednesday, February 19, 2014 at 2 PM with Rev. Canon John Matheson officiating.

Interment at Moores Mills Rural Cemetery, at a later date.

For those who wish, remembrances to the Charlotte County Cancer Society, N.B. Heart and Stroke Foundation or a charity of one's choice would be appreciated by the family.