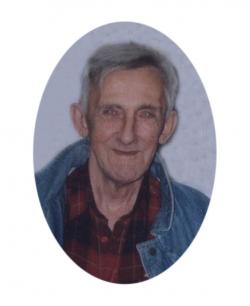 Son of the late Howard and Beulah (McGetchie) Emery.

Survived by his sister, Carol Anderson, and several nieces and nephews.

Interment at Waweig Cemetery, Waweig, N.B., at a later date.

For those who wish, remembrances to Bobby's Hospice (Saint John) or a charity of one's choice would be appreciated by the family.