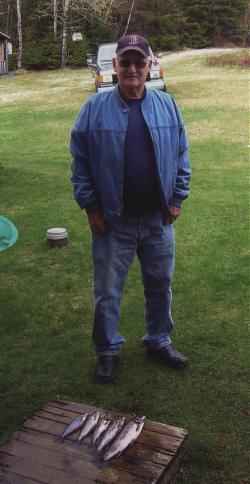 Husband of Nancy Marie (Eldridge) Dewar and son of the late John and Ethel (Spinney) Dewar.

Interment at St. Stephen Rural Cemetery, St. Stephen, N.B. For those who wish, remembrances to the Heart and Stroke Foundation or a charity of one's choice would be appreciated by the family.