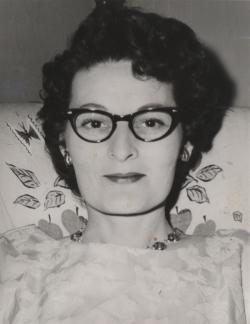 Peacefully at home, on December 22, 2013 after a long struggle with Alzheimer's, Mary Veronica "Bonnie" (Hickey) Monaghan.

For those who wish, remembrances to Fundy Region Transition House or a charity of one's choice would be appreciated by the family.