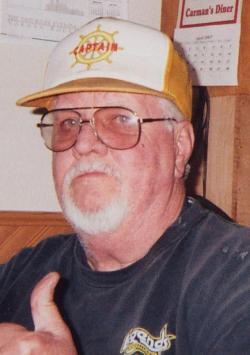 He passed away quietly at the Charlotte County Hospital, St. Stephen, N.B., on December 21, 2013, after a three year battle with liver cancer.

A long time resident of Charlotte County. He loved his family, old cars, motorcycles, boats, planes, and travel. He travelled to Ontario to work as a mechanic, where he took courses at the Esso Car Clinic and worked at several garages. He moved back home to the Board Road and opened his own two bay garage. He always had an old car or two and was always working on them and everyone else's vehicles. He was happiest when he was helping someone else, whether it was a friend or someone that was stranded at the airport or on the side of the road.

Come and share your stories with us as we celebrate the life of Cecil Durrell Lord.

Memorial and interment services will be held on May 24, 2014 at 11 a.m., at the United Baptist Cemetery in Rolling Dam, N.B. with a reception to follow at the Orange Hall.