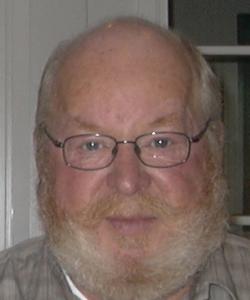 As per his wish, he passed away in the comfort of his home, with his wife Claudia and beloved little dog Casey, by his side.

Jerry was the oldest son of the late William G. and Dorothy J. (Maxwell) Young and is survived by his wife of 48 years, Claudia; his sons, Donny, G. Robert (Kim), and Tom (Lia); his beloved granddaughters, April (Rick), Amber (Billy), Morgan, and Brittany; his "favorite" grandson, Justin. He had great fun with his three great-granddaughters, whenever they came to visit.

He is also survived by his two sisters, Marilyn Eales (late Joe)and Nancy (Murray) Donahue and their families; his brother, Bill (Brenda) and their family. Surviving Jerry also are several nieces, nephews and cousins, Aunt Allie Young, and cousin Bill and Winnifred Young of St. Stephen were some of his very favorite and loved relatives. Jerry spent 19 years in the service to his country as a mechanic in the RCEME, retiring in 1977 to open his own business in McAdam. First as a service station operator and later as a car repair shop and inspection station, where many friends came to visit and share a good story about cars, railroading and whatever the issue of the day was. He was a longstanding former member of the Saint John Society of Model Railroaders, who loved his Lionel trains and spent much time in the basement playing with them, entertaining generations of young boys, by letting them operate his wonderful display.

Interment at Rockland Cemetery, McAdam, N.B., at a later date.

For those who wish, remembrances to McAdam Food Bank, McAdam Historical Railroad Commission, or a charity of one's choice would be appreciated by the family.